With this campaign, we would like to invite people to donate their 'deposit receipt' for the Maman Lumiere project in Burundi. 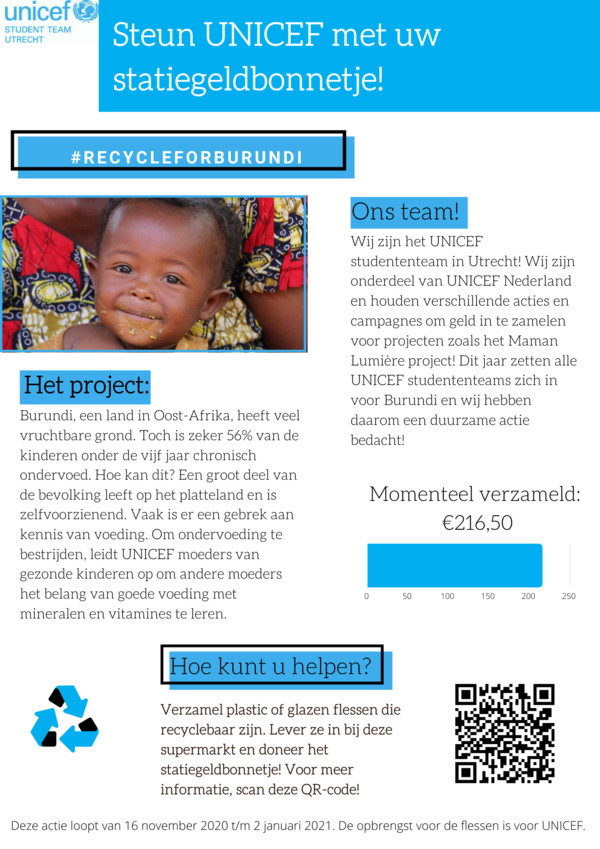 On September 21st, UNICEF Student Team Utrecht started the campaign #RecycleForBurundi, where we (the student volunteers) walk around the city of Utrecht, going door-to-door asking people for plastic or glass bottles, that we would then exchange for 'statiegeld'.

Since then, we have expanded by partnering up with local supermarkets to put up a donation box in which people are able to donate their 'statiegeld' receipt.

Speficially, we have had and will have donation boxes in the following supermarkets:

Hopefully this will only be the beginning and there will be more UNICEF donation boxes in support of the #RecycleForBurundi campaign all over the Netherlands.